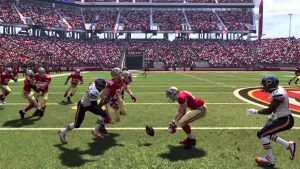 Competition!  This word often strikes fear in the minds of ECPs.  Having the perspective of a student who has studied the business side of optometry for over 40 years, I’ve seen this fear evolve.  When Pearle Vision began its expansion in the 1970s, I heard fear.  When Lenscrafters arrived on the scene in the 1980s, I heard fear.  When National Vision opened the first Walmart Vision Centers in the 1990s, I heard fear.  When 1-800 Contacts, Framesdirect.com and their many clones were founded at the turn of the century, I heard fear.  When VSP, EyeMed and Davis captured over 100mm lives with the promulgation of vision plans, I heard fear.  The list goes on and on.  And now, with the advent of EssiLux, the fear is exacerbating.  From my broad view, it’s easy to understand how many ECPs might feel that they’re under siege.

But competition is one of the elements of that which I call “The Law of the Marketplace.”  In the simplest of terms, the “Law” provides for those who are nimble and adaptable.  It delivers success to those who see opportunity in the fog of challenge and grab onto it.  The “Law” doesn’t protect, it provides.  The “Law” looks at change as opportunity.  It’s a good law.

“It is not the strongest of the species that survives; nor the most intelligent that survives. It is the one that is most adaptable to change.”  Charles Darwin

With the Super Bowl a memory and megamergers evolving as seemingly unstoppable competition, perhaps it’s time to take a lesson from the underdog?  This piece by an unknown author, originally uncovered by me in an advertisement from over 20 years ago, may provide some inspiration.

The cheerleaders were turning triple flips.
The bands were breaking the sound barrier.
The 102,000 fans were roaring.
Football underdog was meeting football powerhouse.
Underdog lost the toss and had to kick.
Whistle.
Roar.
Boot.
It was an onside kick!
A strategy usually used near the end of a game, rarely at the beginning.
Fans gulped.
Piccolo player swallowed his piccolo.
TV commentator got hiccups.
Underdog got ball.
Six plays later, touchdown!
If you’re an underdog and don’t want to stay that way, try the unexpected for a quick score.
If you’re an overdog, watch out for clever underdogs.

As North America’s leading business development consultancy for larger optometry practices, we’ve worked with hundreds of optometrists who have been faced with seemingly impossible competition.  We’ve helped to develop and execute winning strategies.  We’ve evolved cultures to be more resilient.  We’ve provided leadership development resulting not just in survival, but in thrival (that’s a new word).  Our clients don’t fear competition, they seek opportunity where competition can’t or won’t go.  They practice “the onside kick.”

My tea leaves say it’s time to try something new?  Are you ready?