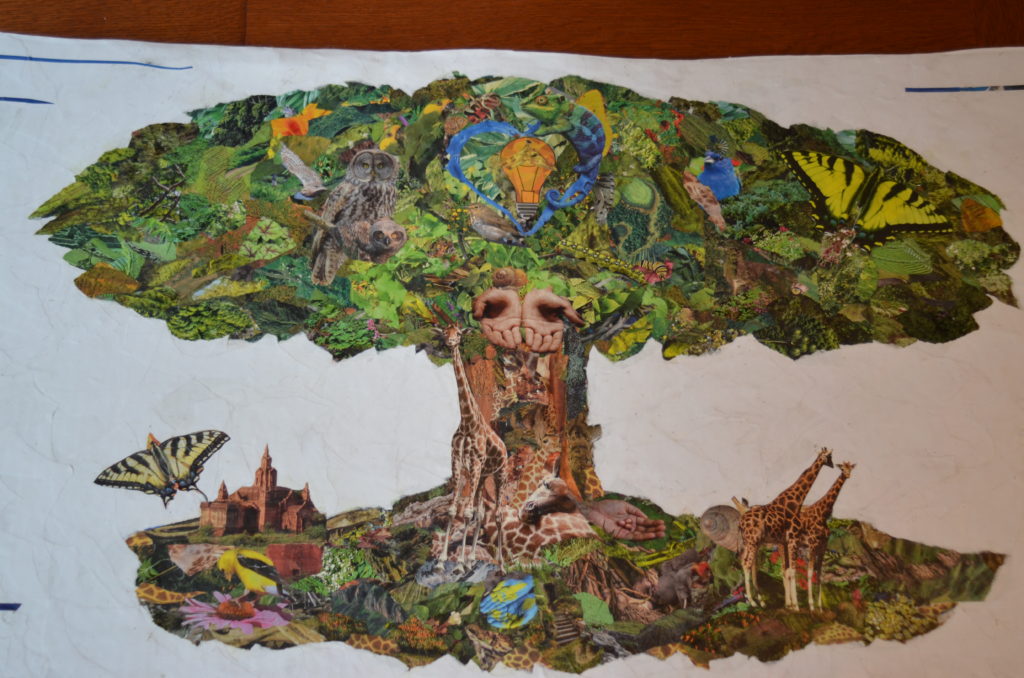 There is a new piece of artwork hanging in the conference room at Cleinman Performance Partners.

There is a new piece of artwork hanging in the conference room at Cleinman Performance Partners. It represents the thoughtful and creative work of 23 individuals who spent over a year reflecting upon what it means to be a part of Team Cleinman and how they could each make a difference in our culture.

It all began with a series of leadership retreats where we discussed our understanding of the company’s vision. We spent a great deal of time talking about values and beliefs, focusing on the verbiage that resonated with each of us. As consultants can do, we went back and forth on the nuances of each phrase and expression.

Ultimately we ended up with a statement and accompanying image that felt almost right, but not entirely.

After further review, the leadership team decided that a missing component was staff input. For all of our hard work, we had not really built this vision from the ground up. It needed foundational support. And we sought more than just buy-in; we wanted total engagement and ownership.

It was decided to hold a team retreat to review what we had already done and begin a process of discovery with the staff. Senior Director of Client Services Ginamarie Wells suggested that we use imagery instead of words. “Metaphor is a powerful way to get people to represent their true feelings and beliefs without getting caught up in the nuance of language,” she explained.

She facilitated a process that had everyone break into small groups to draw out individual and collective thoughts on paper about what working at Cleinman Performance Partners means.

Words were inevitably used, but they remained secondary. We circulated around the room on a timed schedule, building upon each group’s hieroglyphic-like stick-figures. For instance, someone drew our team catching people as they fell off a mountain. The next group altered the image to show our team pulling those same people to the summit. When we were done, the entire company reviewed the imagery and their initial impressions.

A follow-up retreat had us easily building consensus on our shared vision. Powerful images like a giving tree, a transforming butterfly, a wise old owl, tending to gardens and mountain climbing all evoked deeper thinking around the value we aspired to deliver to our clients and to each other.

We developed a mutually agreed-upon list of imagery and commissioned an artist to create a visual collage to remind us of the unique work we had done. The team set about collecting pictures from magazines and met with artist Kit Clark to talk about the concept.

“The process of discovery and sharing happened organically,” Senior Director of Client Development Kathleen Avery says. “We found a way to repeatedly engage in a company-wide conversation about our work-life culture that was creative and informative.”

“The more you look at the piece, the more you see,” Manager of Meeting Experiences Naomi Sunderland added. “It reveals itself in layers.”