A Lifetime of Failure 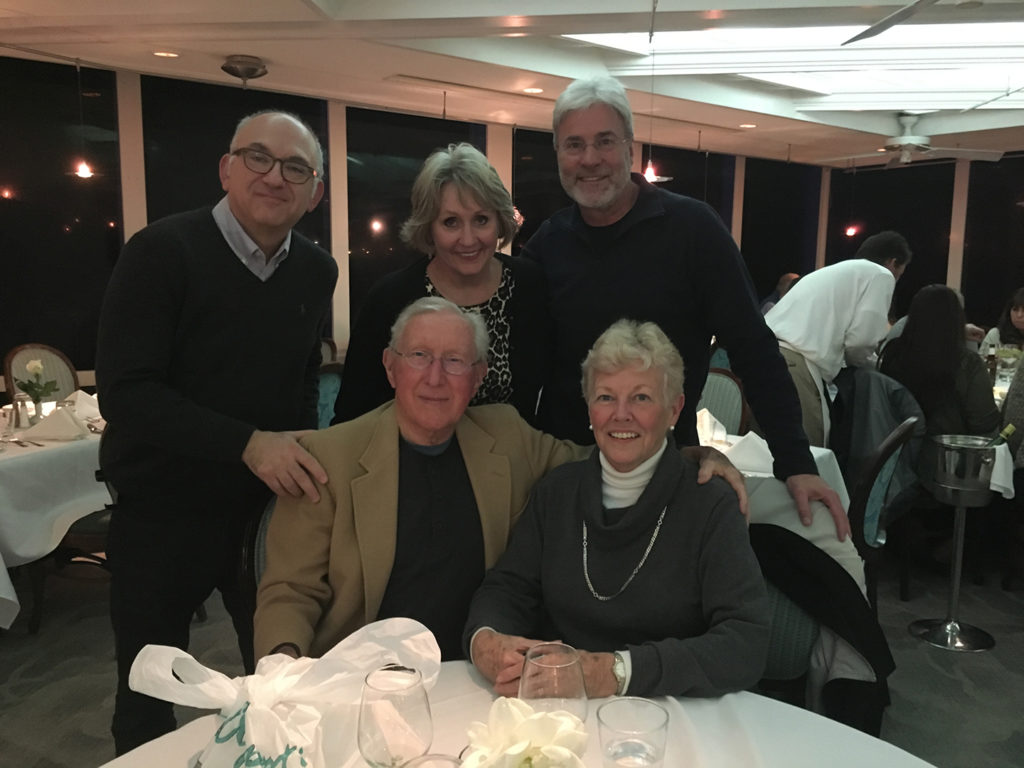 I recently had the opportunity to help Dr. Bill Lusk, an optometrist from Oneonta, NY, celebrate his “semi” retirement. At the young age of 83, Bill has temporarily hung up his phoropter. I say temporarily because he’s already making plans to provide locum tenens support upon his return from his winter home in Florida. Wow!

I recently had the opportunity to help Dr. Bill Lusk, an optometrist from Oneonta, NY, celebrate his “semi” retirement. At the young age of 83, Bill has temporarily hung up his phoropter. I say temporarily because he’s already making plans to provide locum tenens support upon his return from his winter home in Florida. Wow!

Why is this note-worthy?

Bill Lusk was responsible for my introduction to the industry that has mesmerized me for the past 45 years. It was he who took me from my job as his yard boy and, at age 16, provided me with a telephone and an opportunity. I was the first telemarketer for his eyewear importing company. And before I left high school, I had a team of four sales people under my direction. During my seven years with Dr. Lusk’s company, I helped to create an innovation in sales methodology for the frame industry. It’s one that’s still in use to this day.

Bill Lusk took a chance on me.

At our celebratory dinner, last week near Tampa, was another friend and graduate of the “Bill Lusk School.” He’s the current owner of a successful optical retailing enterprise near my home town. He was introduced to the optical industry when, as a high school student and friend of the Lusk family, he was taught how to edge lenses by Dr. Lusk. The rest, as they say, is history.

Dr. Lusk has had his hand in the development of scores of careers in the eyecare industry. No less than a dozen firms in upstate NY can trace their roots to Bill Lusk. And while an overall success, he’s had his share of struggles. Some of these firms were founded by individuals who, having witnessed Bill’s innovations, left Dr. Lusk’s employ to directly compete with him. Bill has had more than one significant set-back along the way. He learned.

Over the past forty-five years I’ve had the great fortune to work on many innovative projects. Before I was twenty, I worked on an early form of in-office lens casting and was instrumental in the turn-around of a business. In my early twenties, I “invented” the first national buying group. I started the business that became Block Vision (now Superior), the managed care company, when I was 29. I created the first consumer eyecare magazine at age 31. I was a founder of the company that ultimately created what today is Essilor’s Definity lens. I’ve raised millions of dollars on Wall Street. And from a one-man band, I’ve built the planet’s largest business development consultancy for larger practices in optometry. My creations have been written about in trade and general business magazines and even a college business textbook. I’ve been truly blessed.

I share this with you, not to gloat or stroke my ego, but as a foundation for what I believe to be an important life’s lesson. One that I first learned from Dr. Lusk.

Along with this entrepreneur’s successes are also many “failures.” There’s the share certificate of the dot.com business that cost me $250k. And the real estate investment that went belly up. There’s the blown Black Friday 1987 Public Stock Offering and the partnership that didn’t work out. There’s the sale of my office building to pay back taxes and a marriage that ended in shambles. There have been lots and lots of failures on my road to success. And I hope to have more!

Why would I want failure? In my case, I was blessed with parents and a mentor/boss who allowed me to try things at a very early age. I never heard words like “you can’t” or “you shouldn’t.” I was allowed to fail! And that allowance provided the learnings, and ultimate confidence, necessary for me to persist through to ultimate success. It’s a lesson that’s now part of my DNA.

As the saying goes, “Entrepreneurs don’t have failures, they have learning experiences.” I’ve had a lifetime of learning. And it’s to Dr. Lusk that I owe much of my education. Thank you!

Mine is a simple message. Substitute the word “employee” for “entrepreneur.” “Employees don’t have failures, they have learning experiences.” Think about those words for a moment. Turn them around in your mind. How about: “For employees to learn, they must have the ability to fail.” Or: “It’s OK to fail, so long as we learn something from it.”

Words cannot express the gratitude that I have for Dr. Lusk; and for his teachings. He gave me the opportunity to try…and to fail.

Do you allow yourself and your team this same opportunity?