Less can be More! 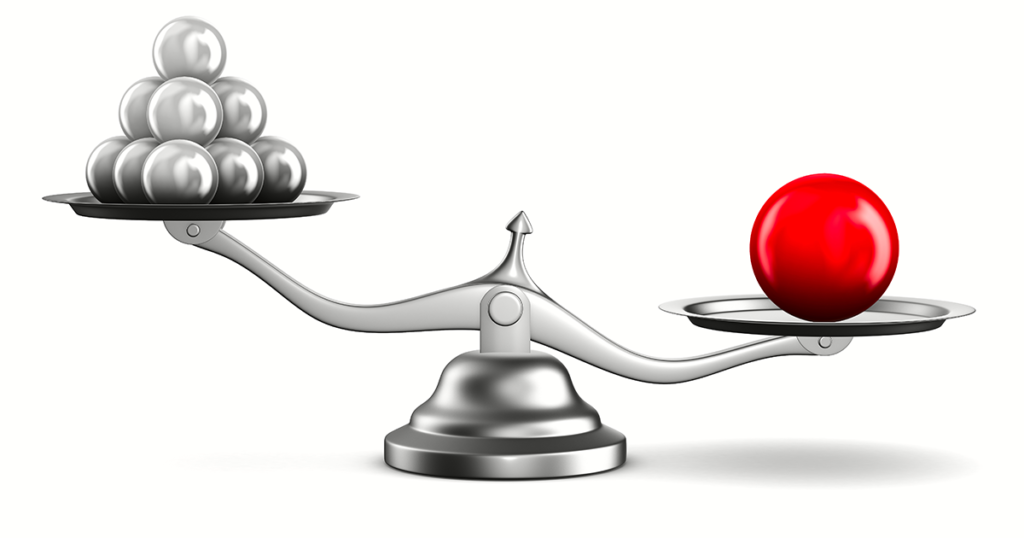 Can you maximize your profit by reducing your product line?

Forty years ago, on behalf of a European camera retailer, I secured an assignment to study and photograph the merchandising strategies of photography stores in several metro markets.  I visited about twenty such stores and captured their displays, signage and window treatments.  Most of the stores were jam-packed with inventory.  They displayed literally hundreds of cameras and associated equipment.  I’ll never forget the one stand-out.  At the time, this retailer was growing rapidly.  They seemed to have more traffic than the other stores and the cash-register rang.  Their success seemed counter-intuitive because, while all the other stores were swimming in inventory, this one displayed only about 100 SKUs (Stock-keeping Units).  While the other stores displayed hundreds if not thousands of options, this one only had 100.  That’s it!  Fewer choices.  I’ll never forget my observation.  In the other stores, the cameras swam together visually.  In this superstar store, I could actually SEE the cameras.  They stood out.  They were more enticing.  And because there were fewer options, service was outstanding.  The store clerks didn’t have to wade through dozens of options with a customer resulting in faster, less labor-intensive sales.

Less can be More!

A colleague recently shared with me the story of Trader Joe’s.  Owned by the same German family that owns Aldi’s, Trader Joe’s has achieved almost cult status.  With less than 500 locations (compared to Kroger’s or Albertson’s 2000) in 43 states, the success of this institution seemingly defies logic.

Perhaps you’ve never been to a Trader Joe’s.  Imagine a grocery store that has no branded items, only private label. Imagine a store that does no television advertising and doesn’t use any social media whatsoever.  Imagine a store that NEVER has a sale and doesn’t accept coupons. There’s no loyalty card, no circular that appears in the Sunday newspaper, no self-checkout. The aisles are narrow, and the parking lots are small.  Oh, and instead of having the 35,000 SKUs that a major grocery store has, they have only 3000!

Having grown up in the grocery business, I understand the low margins and long hours associated with this industry.  And was I surprised to learn that Trader Joe’s is 32% cheaper than Safeway and generates $2000 per square foot compared to Whole Foods $1200 and Walmart’s $600.  Yes, they generate more than 3 times the revenue per square foot as that of Walmart!  With less than 10% of the inventory!

Now let’s bring this concept home to our eyecare world.  Many optometry practices have too much inventory.  From an economic perspective, a practice seeing 3000 patients per year will sell about 1800 frames per year.  Most practices display about 850 SKUs, resulting in inventory turn-over of a little over 2 times.  Reducing one’s inventory to 600 units generates a more acceptable 3 times inventory turn.  Assuming an average cost of $100 per unit, reducing one’s inventory by 250 units will generate $25,000 in cash and a reduced carrying cost (the investment opportunity on the capital) of approximately $2500 per year. These monies can be better deployed elsewhere for a higher return.

But more than the improved cash flow and turn-over, reducing your displayed product improves your offerings.  The reduced inventory results in more white space, allowing your offerings to be better seen.

Go ahead, test the impact.  Simply remove from one of your display boards every other frame.  Do the same for each column, staggering each one (in other words, start at the top of column one and then one frame down on column two, back up to the first position on column 3, etc.)  Now, using a patient volunteer, have them close their eyes and look at one of your current displays.  Ask them what they see.  Then repeat this with the adjusted display.  I’m confident that you’ll have a positive reaction.