Spectera Gets Whacked by Georgia 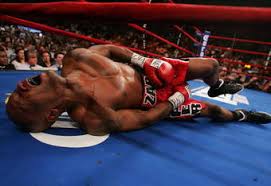 After a long and arduous struggle, the Georgia Supreme Court has ruled in favor of optometry through Doctors Wilson, Price, McMurray, and Summers (Appellees) and against Spectera (Appellants).

The issue before the Georgia Court of Appeals and ultimately appealed to the Georgia Supreme Court was the proper interpretation and scope of Georgia’s Patient Access to Eye Care Act.

Appellees (providers) and other private practice providers are licensed to prepare eyeglass lenses and to prepare eyeglasses. The providers (Appellees) initiated this lawsuit after Spectera instituted a new contract whereby its providers would be required to use the insurance company’s optical laboratory to supply all eye glasses to covered patients, rather than using the providers’ own optical laboratories. The Spectera contract also required that all frames, lenses and contact lenses be purchased by the patient directly from the insurance company rather than furnished to patients by the providers.

Spectera planned to enforce their contract only against private eye care providers and continue to allow retail chain providers to prepare eyeglasses in their own optical and dispense contacts and other eyewear to patients from their own inventory.

After the lawsuit was filed, Spectera terminated the contract of each of the providers who had filed suit and argued that it had the right to unconditionally exclude any eye care provider from its panel.

“The insurance company argues that, under the Patient Access to Eye Care Act, it has the ability to: (1) dictate the professional role of optometrists, opticians, and ophthalmologists by requiring certain services and materials be obtained solely from the insurance company; (2) provide more favorable contracts to retail optometric providers and less favorable contracts to private-practice providers; and (3) exclude any optometric professional or business from membership on its provider panel for no reason whatsoever. Additionally, the insurance company argues that our courts lack the power to prevent it from continuing to execute and enforce an illegal adhesion contract.

“The GOA contends that the contract offered by the insurance company violates the Patient Access to Eye Care Act. First, it prohibits eye care providers from providing services directly to their patients and restricts the licensure of an eye care provider’s practice it violates subsections (c)(2) and (c)(5). Second, offering a different – and more favorable – contract to retail providers violates the subsection (c)(3) of the Act because it handicaps the class of private providers and drives patients to retail chain providers. Third, subsection (c)(6) of the Act protects optometric practices from being arbitrarily denied admitted onto an insurance company’s provider panel. Finally, the GOA respectfully submits that the Superior court has the authority to issue injunctive relief against the continued execution and enforcement of an illegal contract.”

The Court of Appeals further found no evidence that Spectera had violated (c)(3) of the Patient Access to Eye Care Act and reversed rulings for Wilson as to summary judgment and injunctive relief as to subsection (c)(3).

As to Wilson’s contention that the Materials Restriction in the independent participating provider (IPP) agreement violates subsection (c)(5) of the Act, the Appeals Court agreed. Subsection (c)(5) mandates that an insurer allow each eye care provider on its panel, “to furnish covered eye care services to the extent covered by such providers’ licensure” without discrimination between classes of eye care providers.

Subsection (c)(6) prohibits insurers from imposing any conditions and restrictions for initial admittance to a provider panel if the condition of restriction, “is not necessarily for the delivery of eye care.” O.C.G.A. 33-24-59-12(c)(6). The Appeals Court found that the exclusion from the Panel by use of an improper condition was in violation of subsection (c)(6).

Finally the Court of Appeals found the injunction to prevent Spectera from enforcing the IPP agreement as to independent vision care providers on its panel was not overly broad. Spectera appealed to the Supreme Court and the Supreme Court considered the appeal.

Spectera contended that the IPP agreement does not violate subsection (c)(2) of the Act. That subsection provides that an insurer, “Shall [not] preclude a covered person who seeks eye care from obtaining such services directly from a provider or the health benefit panel who is licensed to provide eye care.” The Supreme Court found that, “Inasmuch as Appellees (providers) cannot provide certain eye care – in particular the preparation of eyeglasses – directly to the Spectera insureds, the IPP agreement violates subsection (c)(2) of the Act and the judgment of the Court of Appeals must be sustained.” S12G1935 (Decided November 4, 2013). Spectera, Inc. v. Wilson et al.

As to the injunctive relief, the Supreme Court found:

“In this case, appellee Price was justified in refusing to sign the IPP agreement because it violates subsection (c)(2) of the Act as discussed above. Subsection (c)(6) clearly prohibits insurers from barring new providers to its panel based on reasons unrelated to the provision of eye care. The signing of an unlawful contract is unrelated to the provision of eye care. As such, Spectera violated subsection (c)(6) when it declined to admit Price to its panel of providers based on his refusal to sign the IPP agreement.

However termination must be for lawful reasons.

Termination of any contracts however must be based on the terms of the contract and our understanding of the decision is that not allowing a doctor to participate to the extent of the scope in preparation of eyeglasses and lenses would be in violation of the Patient Access to Eye Care Act.

It should be noted that Appellees (providers) asked for reconsideration of the decision to get clarification that Spectera should be permitted to terminate its providers’ agreements for reasons related to the provision of eye care but not for unrelated reasons. The Supreme Court upon reconsideration added the word “lawful” to clarify that any termination must be a lawful violation of the agreement related to provisions of eye care under the agreement.

In summary, our understanding of the decision at the minimum is that independent optometrists can not be precluded from providing those services within their licensure, i.e. eye glasses, frames, and lenses. To hold otherwise would be a violation of the Act. Termination under the agreement must be based upon lawful terms and not violate the Act or otherwise be inconsistent with this opinion. Termination for matters not related to breach of the agreement in terms of provision of eye care would be inconsistent with the opinion of the Court.