The Big Get Bigger! 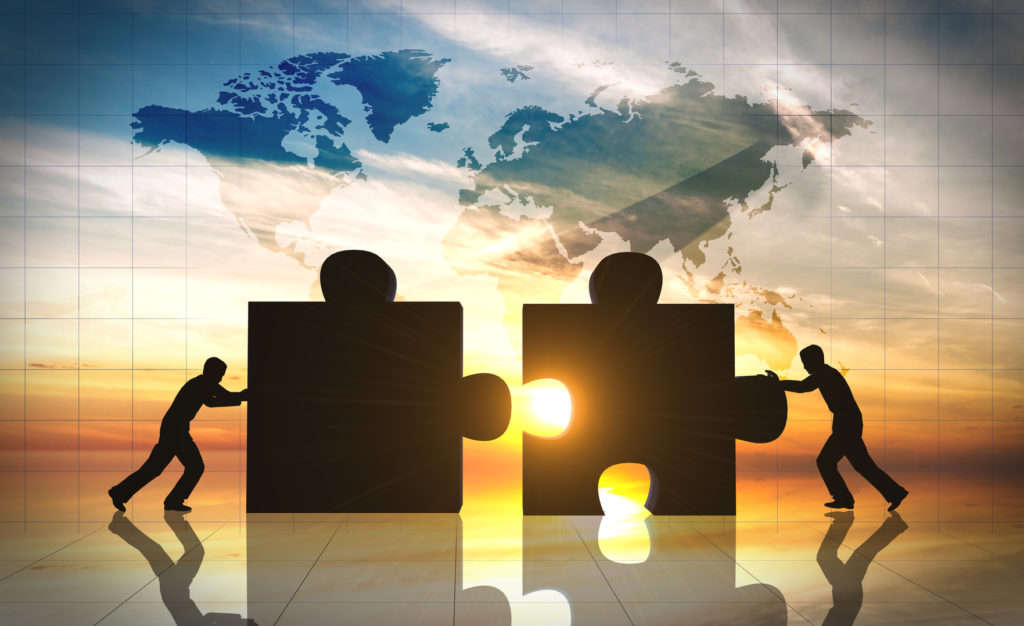 As anticipated, Luxottica is going to merge with Essilor.  While so positioned, in fact, Essilor is acquiring Luxottica in a stock swap worth ±$24bb to Luxottica shareholders.  The resultant company (we’ll call them “EssiLux”) will be the dominant player worldwide in both the lens, frame, retail and online eyewear business.  This announcement is big news for our industry.  The consolidation creates a $15bb oligopoly that throws off $3.5bb in annual profits.  The combined company will control about 16% of the worldwide eyecare market.  The stock market was pleased with this news.  Essilor shares surged 13 percent to €115.25 while Luxottica shares climbed 8.8 percent to €53.90.

Essilor is the worldwide leader in ophthalmic optics.  In the US alone, they control over 120 laboratories and process about 22mm pair of lenses.  They own Shamir®, Transitions®, Foster Grant® and are the largest producer of drugstore readers.  They also own several buying groups including Vision Source®.  The company reported consolidated revenue of more than €6.7 billion in 2015. Essilor’s flagship brands are Varilux®, Crizal®, Definity®, Xperio®, OptifogTM, Foster Grant®, Bolon® and Costa®. It sells its products in more than 100 countries, operating 32 plants, 490 prescription laboratories and edging facilities, and five R&D centers around the world. It also develops and markets equipment, instruments and services to eyecare professionals.  Essilor expected to have revenue of over €7 billion in 2016.

What are some of the implications of this combination of giants?

Indeed, Luxottica has publicly stated that it’s ready to invest more in infrastructure and marketing to get more aggressive in e-commerce.  In a 2015 press release, Luxottica, whose e-commerce properties include SunglassHut.com®, Ray-Ban.com® and Oakley.com®, says it sold 1.4 million frames online in the last 12 months and generated “around $200 million” online. They’ve stated that Ray-Ban.com sales grew 100% year over year to $50 million, and SunglassHut.com grew “about 30%, 40%.” The firm states that it intends to transform e-commerce into a “structural growth driver” that will become a relevant part of Luxottica’s revenue in the midterm.

Essilor has been involved in online distribution for several years through its subsidiaries FramesDirect® and EyeBuyDirect® and through MyOnlineOptical®, a turnkey e-commerce engine that claims to enable eyecare professionals to offer an online complement to their in-store offerings.  In 2014, they acquired Canadian e-tailer, Coastal.com®.  According to the company, buying Vancouver-based Coastal will give Essilor another 5 million customers. Coastal operates several sites that sell contact lenses and glasses in Canada, the U.S., Sweden, Norway and elsewhere.  Essilor has publicly stated that it intends to leverage online distribution.

What’s interesting to note is that Coastal.com is headquartered in British Columbia (“BC”), where an Rx is NOT required to acquire either contacts or spectacle lenses.  The BC law, which was enacted in 2010, removes most of the restrictions that allow only opticians or optometrists, or workers supervised by them, to dispense glasses or contacts.  Further, the law:

Finally, the legislation permits opticians to perform vision tests on healthy adults, and issue prescriptions without first showing the results to a medical doctor for approval.  What will EssiLux do relative to the likes of Opternative® and other “on-line eye exams”?

As a student of our industry for over 45 years, this transaction represents one of the most significant of my career.  I have as many questions as answers or prognostications.  I’m confident that I haven’t covered all the possible implications.  What others do you see?

Keep your eye on the money…they make theirs by selling more frames and lenses. For them to do otherwise is to invite lawsuits and activist shareholders. It’s really quite simple.

The only issue relative to this merger that is controllable by the independent is how you each react to it. If you think you have some kind of say in it…think again.

So the big question of the day is “two big companies have joined forces…what actions will you take as a result?”
Hold on to your hat.  The winds of change are reaching gale force.